The Brandcenter is proud to unveil a new brand identity, created by a team of Brandcenter alumni at the Richmond-based agency Arts & Letters Creative Co. The Brandcenter will implement the identity across the entire program this Fall. 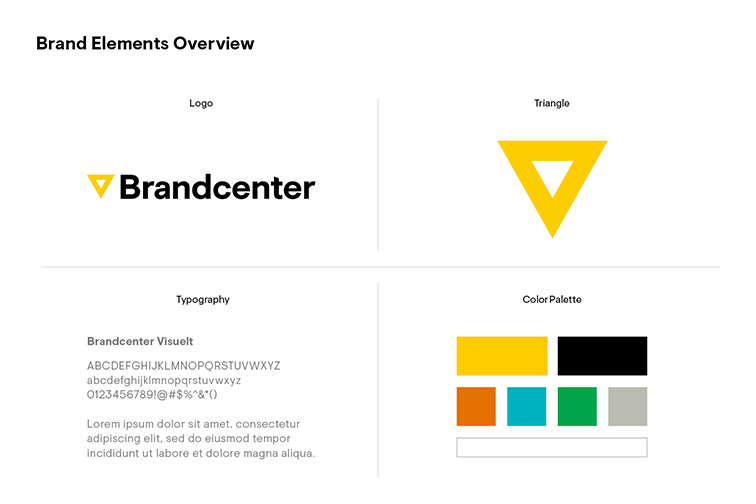 “When we started to discuss options for the brand identity that would carry our program forward, I knew it was important that we utilize one of our most powerful assets: our alumni community,” said Vann Graves, executive director at the Brandcenter. “Partnering with so many talented alums at Arts & Letters has been a unique and extremely valuable experience. Our alums not only know the Brandcenter, they have lived the Brandcenter. We are so appreciative of all the hard work they put into this project.”

Arts & Letters’ bold refresh leans into the idea of change: constant, rapid change within the industry, as well as the general belief that the world must change in order for better things to surface. At its very core, the Brandcenter is meant to serve as an accelerator of that change.

The logo mark builds upon the classic Brandcenter triangle, which has been part of the identity for more than a decade. The open center within the triangle acts as a window into the Brandcenter. The mark will feature student work, work in progress, side projects, work from alumni and faculty, and anything interesting happening within (and outside) the walls of the Brandcenter.

The new font type, Brandcenter Visuelt, is custom-edited to give the program complete ownership of the design. The color palette stays true to the VCU black and gold, but utilizes a brighter, bolder yellow. A selection of secondary colors also allows for more vibrant accents. 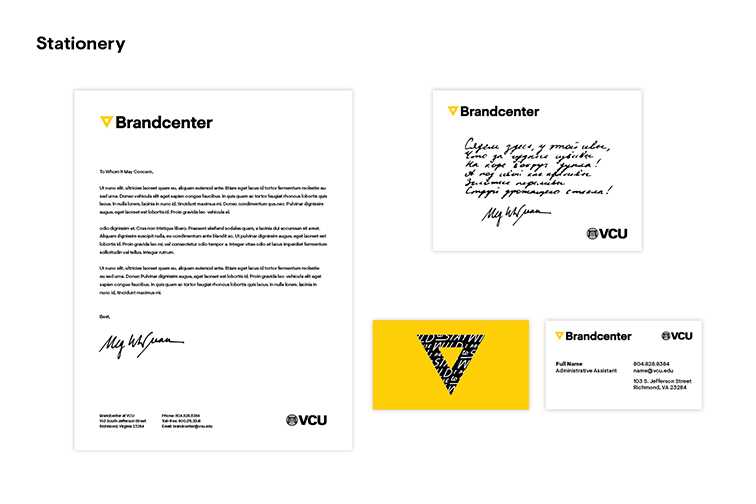 “The possibilities are endless with this modern, bright branding,” said KT Schaeffer, Brandcenter professor and creative director. “It will allow us to activate the brand more than we have ever been able to in the past with motion graphics and photography, which really excites me as a creative.”

Identity elements are already being updated across the Brandcenter’s physical and digital spaces. The current Brandcenter website has been reskinned to reflect the updated branding, with plans for a new site launch in the coming months. 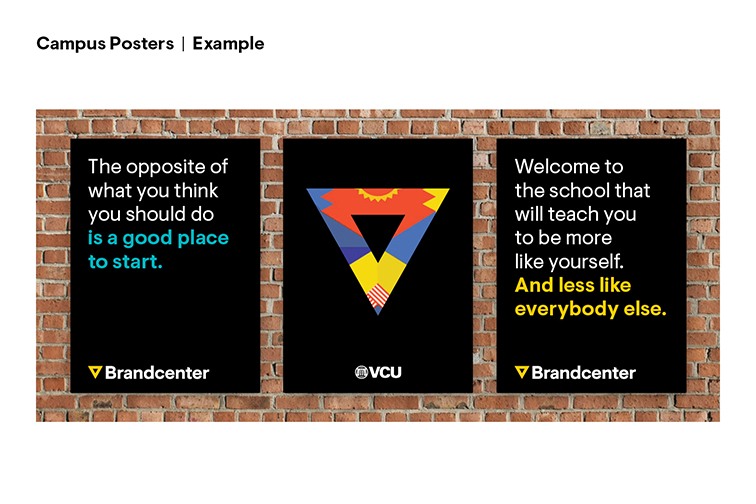 "With 26 Brandcenter alumni currently at Arts & Letters, we were honored to have had the opportunity to work on this project for too many reasons to list," said Charles Hodges, founder and executive creative director of Arts & Letters Creative Co. "The Brandcenter has been a transformational part of so many of our lives so we jumped at the chance to partner with a place that means so much to so many and has such a bright future ahead creating change on so many fronts.”

Special thanks to this core group at Arts & Letters who helped bring the identity to life:

For questions about the new identity, please contact Sarah Murphy and KT Schaeffer.