Four Brandcenter student teams from the Class of 2022 were named winners in the D&AD 2022 New Blood Awards and the April/May 2022 Young Sh*ts Contest.

The D&AD New Blood awards program is open to advertising, design, digital, and marketing students, recent graduates, and young creatives worldwide. The Young Sh*ts Contest is an advertising contest for creatives, judged by young professionals, with different briefs for monthly contests throughout the year.

In the D&AD New Blood Awards program, three Brandcenter teams responded to separate briefs for three different clients: Duolingo, Google Fonts & HMCT, and Walker’s. The Duolingo team earned a Yellow Pencil, while the Google Fonts & HMCT and Walker’s teams earned Graphite Pencils. According to the D&AD judging criteria, a Yellow Pencil is “awarded only to outstanding work that achieves true creative excellence,” and a Graphite Pencil is “awarded to stand-out work that rises above the rest, worthy of consideration for a Yellow Pencil.”

In the Young Sh*ts Contest, one Brandcenter team responded to the brief for April/May and was declared the winner.

Read all about the teams and view their award-winning work below. Congratulations to these recent graduates!

The Ask:
All it takes is several minutes a day to keep the habit going and reap the benefits from knowing another language. So, how can Duolingo get learners to do their daily language lesson in an innovative way? You need to develop an idea that gets people back into the daily habit of learning a language and keeps them there.

The Team’s Idea: Duo’s Done
When asked how to get existing users back on the app, our research pointed to one thing: Duo’s notifications annoy people. Users have gone so far as to call the owl out on social media, calling him an “unhinged” looming presence.

Rather than hiding from the culture built around Duo, we’re leaning into it. Because there’s only so much bullying a fictional owl can take. And he’s reached his breaking point. He’s resigned his post, taken to the streets, and left no one but Brad, the intern, to send reminders. He’ll only come back if the users do. DUO’S DONE.

The Ask:
*Type as the universal voice of peace, dignity, and equality*
Create a typographically-led campaign based upon or expanding the Articles of the UDHR as a call to action or awareness. Choose an issue that compels you, and makes you care deeply. No matter our origins or where we live now, we should all have access and rights to: education, right to choose, breathe clean air, freedom, justice, etc. Bring these issues to life in a way that is engaging for your audience.

The Team’s Campaign: Displaced Voyages
There is a growing group of refugees rendered invisible in the mainstream narrative around asylum seekers: climate refugees.

Even though they are being forced to flee to other parts of the world due to the inhabitability of their homes, they have yet to be recognized in the UN’s Universal Declaration of Human Rights.

To combat this, we’re introducing Displaced Voyages, an integrated campaign which uses typography to visually represent the stories of climate refugees across the world. Across all touchpoints, audience members will have an opportunity to share stories across the web and with those who can affect change at the very top: their UN Ambassadors.

By raising our voices for the unheard, we can return agency to climate refugees.

Vivien Zhu (CBM, 2022) says, “This project was such a special one because it provoked impact-driven creativity for a critically overlooked issue. As students who come from various diasporas around the world, our team easily coalesced around this mission to draw attention to forced climate migrants—the D&AD brief merely presented itself as a perfect opportunity to do so.”

The Ask:
Use the power of humour to break the “I’m fine” autopilot response during world mental health day on 10th October. Develop a campaign that lives through social media and has the ability to gain traction to reach a wide array of audiences that showcases humour’s ability to empower the nation to open up.

The Team’s Campaign: Legally Not Fine
No one in the world experiences more identity fraud than those with the last name Fine. So on World Mental Health Day, we propose people stop saying they’re “Fine” when they’re really not. Because (legally) you’re not “Fine,” they are. Family, friends, and co-workers will be able to engage with Walkers on social media to help end the identity fraud crisis facing the Fines of the world. Because truly, we’re all culprits. Let’s all find new ways to open up, in a more legal, professional manner. 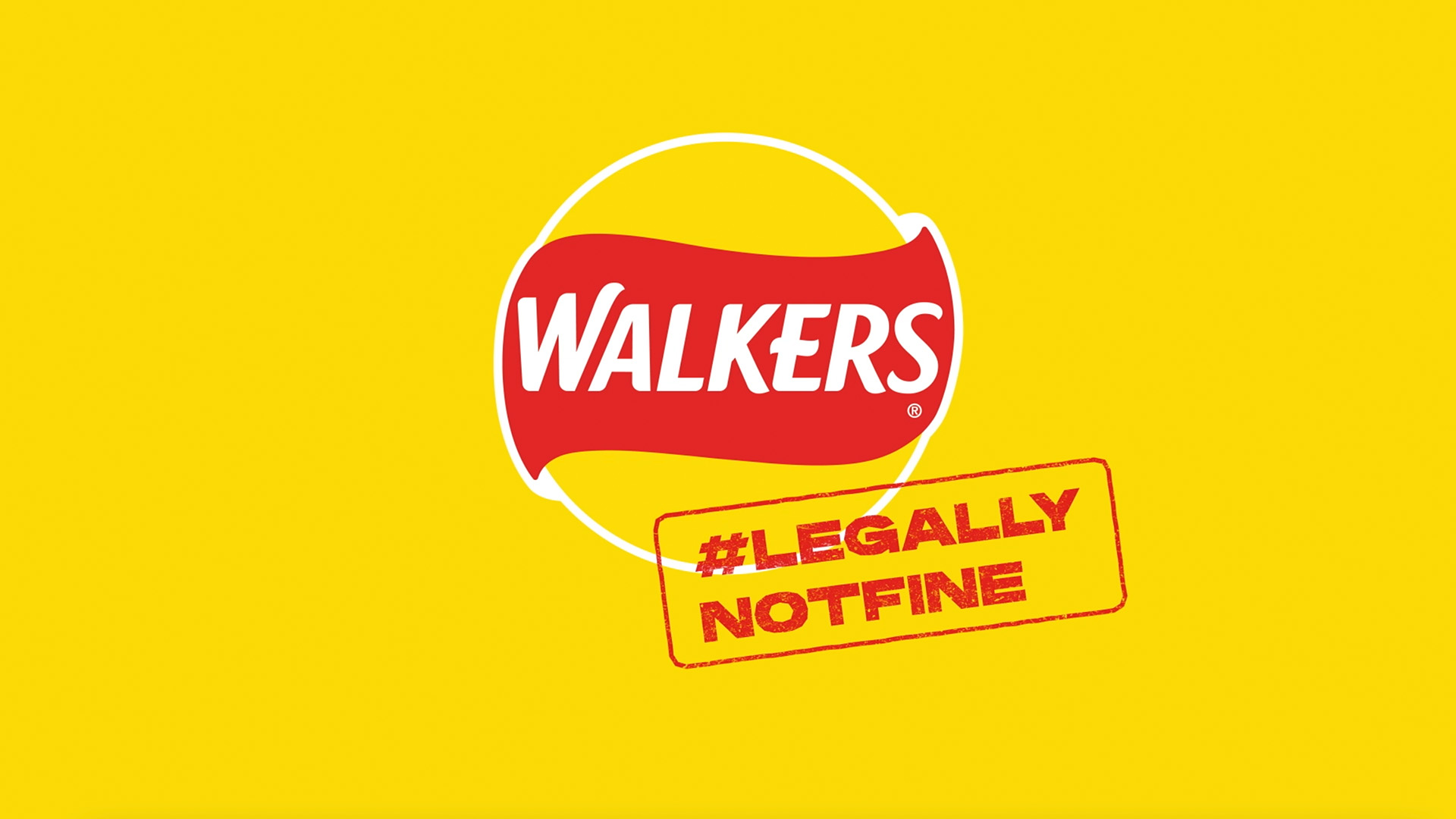 The Ask:
Convince people to accept refugees. Any media, any medium; the sky's the limit.

The Team’s Idea: The Uniter Boot with Adidas x FIFA
The team's idea was to tap into the one unifying voice across all nations, politics, and cultures: futbol. It can be hard for people to know what to do about a humanitarian crisis as big and complicated as the refugee crisis, so they wanted a strategic partner that carried influence, reach, and a strong rallying cry. They decided to partner with Adidas to raise awareness and funding by showcasing a new product on a global stage, digitally and IRL: The Uniter boot.

Grace Geary (AD, 2022) says, “Briefs like these feel so important to work on right now. If there was ever a time to use the power of creative thinking, it’s now. While Cara and I hope to inspire you to purchase our fake FIFA22 boot, we were really glad to be able to work on something as meaningful, relevant, and important as this. It was also incredible to work on a brief where the sky's the limit. When you think without restraints, you can come up with something that is way more unique or out of the ordinary.”