The application for fall 2023 will be available in early October.

Get more information on our program, see sample application prompts, and request a copy of our SIXTY magazine.

Check out current and past issues of SIXTY online.

How do I apply?

The Brandcenter admissions process consists of multiple parts. Please review each component, and contact us if you have any questions.
VCU Graduate School Application (due 2-3 business days before deadline)
Brandcenter Application - see prompts here
Scholarship Application (optional, due by application deadline)
All applicants are eligible to apply for scholarships. The scholarship application will be available once your Graduate School application is completed and received.
​​​​​​
Admissions Interview
Some applicants may be asked to schedule a virtual Admissions Interview after submitting their Brandcenter Application. You will be notified via email if you are selected for an interview.
* Please note: Any applicants who have studied outside of the U.S. must provide an official course-by-course external credential evaluation in addition to their transcripts as a required part of the admission process. Please visit International Admissions and click on "foreign transcripts" for more information and a list of evaluators. Contact vcuia@vcu.edu with questions.

In addition to the VCU Graduate School application and Brandcenter application, international applicants must submit additional documentation to the Office of Admissions. Visit International admissions for full requirements and contact vcuia@vcu.edu with questions.

International applicants must hold the equivalent of a four-year U.S. bachelor's degree or, if you have a degree from a three-year program, be eligible for graduate education in your country of citizenship.

As a communications program, we require these minimum scores on the following tests:

*Please note: Any applicants who have studied outside of the U.S. must provide an official course-by-course external credential evaluation in addition to their transcripts as a required part of the admission process. Please visit International admissions and click on "foreign transcripts" for more information and a list of evaluators. Contact vcuia@vcu.edu with questions.

When are your deadlines?

Does it matter if I apply for the January, March, June, or final rolling application deadline?

Applications received by our January, March, and June deadlines are also eligible for scholarship consideration. Those who apply after June 15 will not be able to apply for Brandcenter scholarships.

Aside from scholarship consideration, decisions are reviewed along the deadline by which they are received. If you apply by January or March, you will receive a decision 6-8 weeks after the deadline.

If admitted, you will have the opportunity to engage in meet and greet and other coordinated admitted student activities. Additionally, if you apply for scholarships, you will receive your decision about financial support from Brandcenter with your admissions decision, so you will have a better idea about financial support from Brandcenter when you get your admission decision as well.

Our rolling deadline is primarily for people who may have missed the other two deadlines but would like to be considered for admission. Applications received after June 15 will be reviewed on a rolling basis, with no consideration for Brandcenter scholarships.

When will I get my decision?

If you submit and complete your application by the deadline, you will receive a decision about 6-8 weeks after that application deadline.

What if I don't get my application in on time?

All applicants are eligible to apply for scholarships through June 15, 2022.

When is my application considered complete?

Your application is considered complete when you have submitted both the online VCU Graduate School application as well as the Brandcenter application.

No. You must respond to application prompts in the online Brandcenter supplemental application. Each question will have a specified response type, i.e. enter text, upload an image, etc.

You can, however, include links to additional sites or extra work, if you’d like. Make sure that you provide us with the URL in your online application.

Do you need my official transcripts?

*Any applicants who have studied outside of the U.S. must provide an official course-by-course external credential evaluation in addition to their transcripts as a required part of the admission process. Please visit International Admissions and click on "foreign transcripts" for more information and a list of evaluators. Contact vcuia@vcu.edu with questions.

I’m an international student. When do I need to submit my financial documents?

You will only need to provide these upon admission into the program. For more questions about what financial information is required once you are accepted, view the VCU International Admissions page.

What happens if I get waitlisted?

If you are placed on the waiting list, we will notify you via email should a spot in the incoming class become available on a rolling basis.

What if I studied outside the U.S.?

Applicants who have studied outside of the U.S. (whether they are international applicants or not) must provide an official course-by-course external credential evaluation as a required part of the admission process. Please visit International Admissions and click on "foreign transcripts" for more information and a list of evaluators.

The evaluation should be unopened and sent directly to the Office of International Admissions at:

Can I hand deliver my application, or email a PDF?

No, all application pieces must be submitted through the online application portal. You will receive a link to your Brandcenter Supplemental application via email shortly after you submit your VCU Graduate School application online.

The course load for Brandcenter students is prescribed; as such, students are unable to take additional courses or be enrolled in concurrent programs, either at Brandcenter, VCU, or elsewhere, during their time in our program.

As for concentration changes, exceptions may be allowed in very limited circumstances and within a specific timeframe. As a part of the application process, you are answering prompts specific to one concentration, which are reviewed by faculty within that concentration, and accepted on the premise of your strength to join the concentration you chose.

We have a transfer policy for Brandcenter students that covers the parameters related to a concentration change, which must be done by the end of the add/drop period following the start of your first semester. We also have a class audit policy, if you are interested and eligible, you may be permitted to audit a certain course outside of your degree requirements. More info about both the transfer and audit policies, and timeline related to each, will be available at Orientation. These policies can also be viewed in our Student Handbook, which is available at bit.ly/bc_Handbook

Some of our students are married. Some have kids. About 69% have post-college work experience—anything from working at a college bookstore to several years of agency experience to completely different careers outside of advertising and branding. 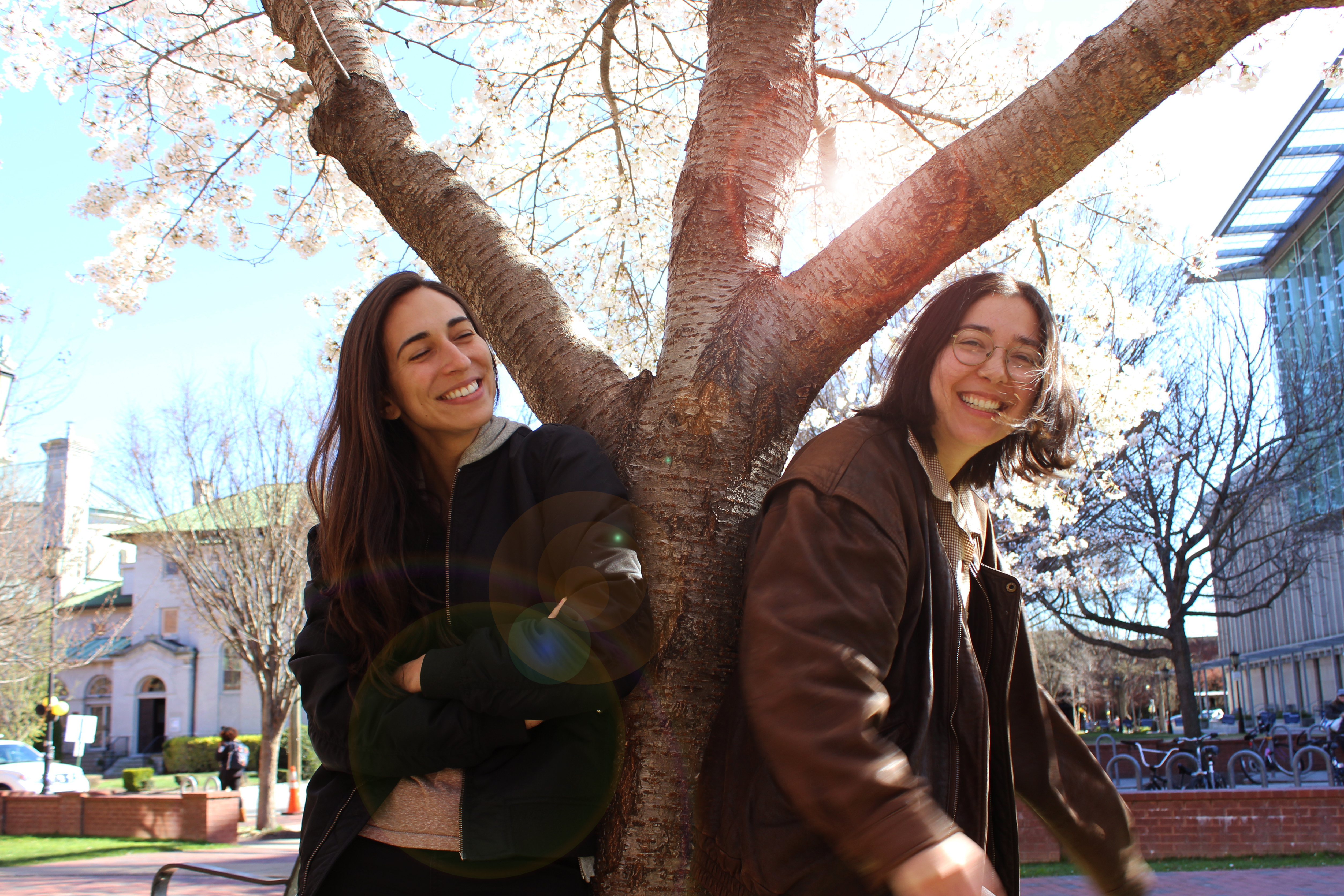 "Collaboration opens a million doors in your mind that would otherwise have remained locked."